The rain poured down in the small village of Ystradfellte and some of the old worn-out cavers decided to take their grandchildren into Bridge Cave on a wet Saturday morning. Tom and Shelina (the kids) did very well in the crawl and kept out of the stream way down to the main passage. The children were well-wrapped up for the trip, with multiple layers of clothing..

The water was in full flood in the main cave which is quite spectacular. The team got as far as the bridge in the stream way before turning back as the water level was so high. Also, up steam the waterfall end of the cave was impassable. However, the kids enjoyed the climb up to the shelf on the left-hand side of the passage. Eddie had brought a rope to make it a safe climb for the kids. This gave us a good view of the main chamber. Modern headlights, as opposed to the old style, clearly show the passage development. On our exit via the stream way we noticed that the water level had risen ,but the kids made good progress . The kids were shown the connection between limestone erosion and stream flow and plodded along happily. On getting to the boulder choke we came across a dilemma . Because of the rise in water level the characteristics of the cave had changed and the exit route was not clear. As we had children with us we had to act quickly . One of the adults responded by back tracking the passage for a dry route out. Another adult followed what looked like a sump but was in fact the continuation of the entrance stream way through the boulder choke in flood which on our way in was hardly wet. This was the way out which was then pursued by the rest of the party.

Shelina gave a little cry when entering the cold boulder choke water, but no panic set in because swift action was taken. The trip was enjoyed by the children who will return to caving one day. But this trip highlights the care required when taking kids underground. The children spent the evening drawing and writing about an enjoyable day out; an adventure with grandparents.

History
The cave was first recorded by T.A.J. Braithwaite in Caves and Caving Volume 1 1938. In 1947 the South Wales Caving Club dug through the boulder choke 45m into the cave to discover 150 of main stream passage leading to sump 1. In January 1967 members of the University of Bristol Speleological Society dived sump 1 to discover Little Neath River Cave. 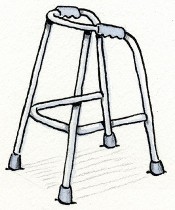