I came across the original estate agents' blurb dating from 1985 when we first bought the cottage, reproduced below. It was of course the usual estate agents over-statement especially the bit about the solid walls, as the rear one fell down when someone kicked it!

This year, thanks to Bernard, the shed and outside electrics have been redone so we now have exterior LED lights to the side and back.

We have decided that we will eventually change from gas to electric cooking for several reasons :- the gas cylinders now cost over £30 each and involve special trips to change them , there are safety issues, the gas cooker and hobs are at the end of their life and the gas cooking greases up the kitchen horribly.

We have started with replacing one of the double gas rings with a double electric hob – and we are looking for an electric cooker (let me know if you have one you don’t want or is cheap). However, don’t expect these to be as quick at frying as the gas, and you need to make sure you use pans which have flat bottoms to get a good thermal contact .If you have any stainless ones please bring them down. Or you could just move onto a low cholesterol diet!

The planning application by the owner of the field at the rear of Godre Pentre for three camping caravans was approved, in spite of almost universal opposition. However, there were a number of conditions such as complete site clearance between October and March that have apparently made him rethink the project so we may not be getting them after all. 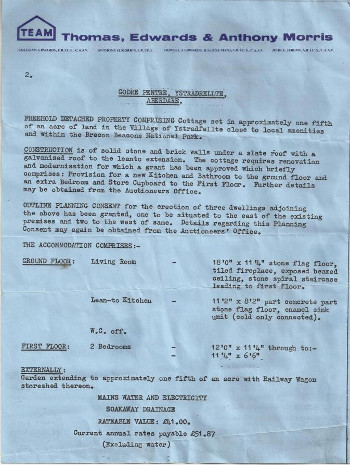 Author:
Chris Crowley
‹ A word from the Chairman up Investigation of Cwm Porth Caverns (U) Site 45 ›